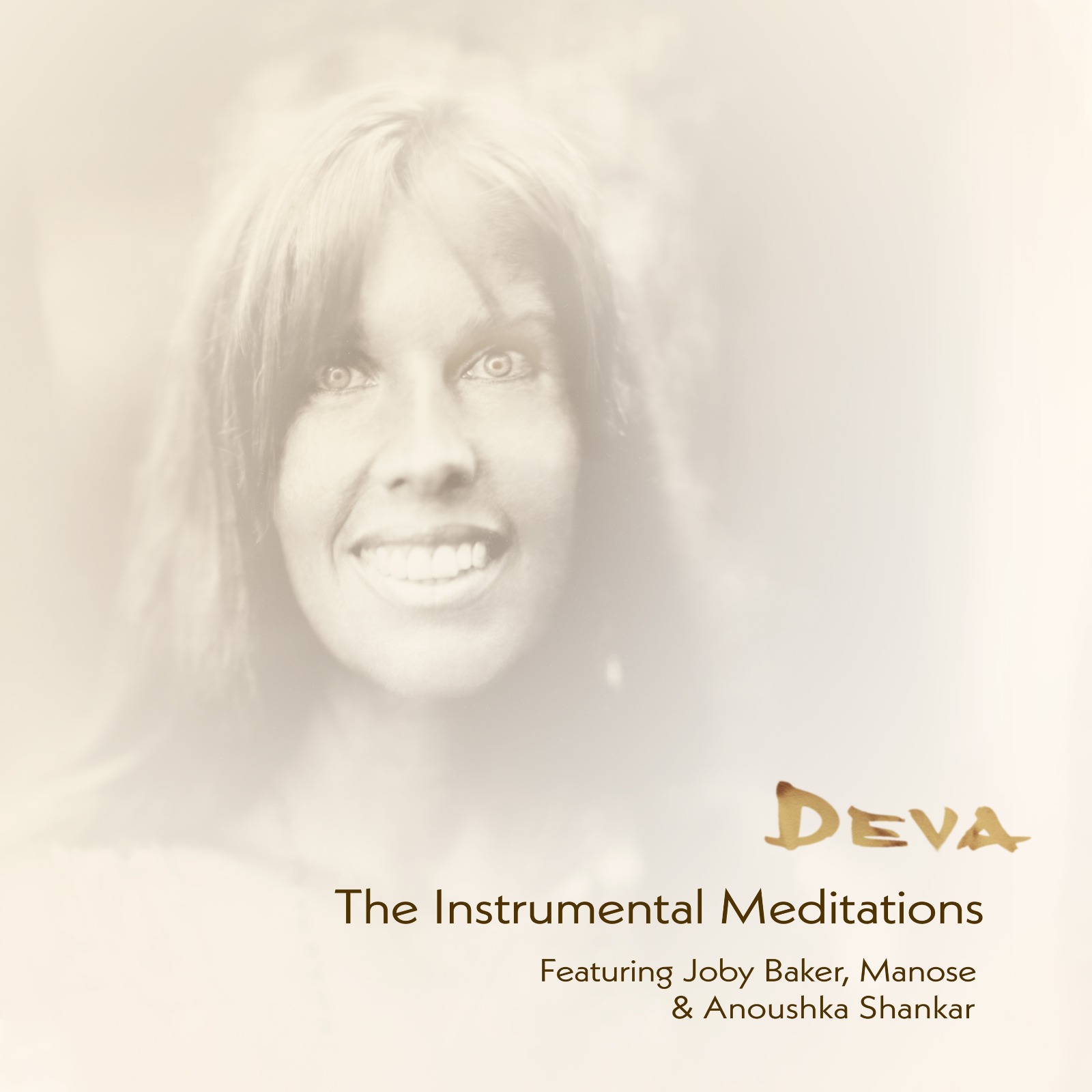 When Deva was nominated for a 2020 Grammy, she joined the ranks of outstanding previous nominees for Best New Age album, including India Arie, Enya, Brian Eno, Pat Metheny and Mike Oldfield. As well as being a stunning vocalisation of Sanskrit mantras, DEVA also tapped deep into the well of ambient instrumental music. Now, encouraged by the enthusiastic response, Prabhu Music has taken the bold and inspiring step of releasing an instrumental version of this unique album.

On Prabhujee, Anoushka Shankar’s interpretation of her father’s composition (from his celebrated Chants of India album produced by George Harrison) remains a highlight. A deeply personal performance by Anoushka lifts the piece above the simply awesome into the realm of love, longing and devotion.

The ethereal sound of Manose’s bansuri floats and flutters like birdsong throughout the album, colouring such pieces as Mahamantra and the soft reggae shuffle of Sarva Mangala. Joby Baker’s supple percussion, mixed with gentle, haunting passages of vocalese elevates Vakratunda Mahakaya towards ecstasy.

The album is bookended by two versions of Deva’s touchstone mantra, Seven Chakra Gayatri Mantra. On the opening version, Anoushka’s sinuous sitar traces the meditative flow of the melody and on the final reprise, Joby’s warm ambient piano tones bring the album to a restful close, leaving the listener in a state of relaxed, peaceful fulfilment. This is an album that, left on repeat, will fill your room with a delicate, aural perfume.