My favorite CD to do yoga to is Deva Premal’s… As a matter of fact, I drive my teacher crazy, because it’s the only one I want to listen to!

I love the music of Deva Premal… As you listen, the sacred space that lies beyond the mind emerges naturally and effortlessly. Pure magic.

DEVA is a beautiful musical offering to the world which simultaneously uplifts, delights, and heals.

In Oct 2018, Deva Premal’s composition, the Seven Chakra Gayatri Mantra, debuted on DEVA, 20 years after the artist’s original groundbreaking version of the ancient mantra began topping alternative music charts and appearing on yoga, meditation, and sleep playlists around the globe.

DEVA is a calling – beyond the chattering mind, the heaviness of the heart and the numerous distractions of life — into a place of refuge and conscious relaxation. Alternately soothing, uplifting, and inviting, Deva’s voice guides listeners into deeper states of meditation, serving as a portal to inner peace.

The album is book-ended by versions of the Seven Chakra Gayatri Mantra, like a mystical journey well-travelled and coming full circle. The journey in-between features alluring chants with life-partner Miten, including the prayerful Prabhujee, written by Pandit Ravi Shankar and featuring his daughter Anoushka Shankar on sitar.

The mantras are embedded within a musical landscape created by producer Joby Baker‘s sensual groove based instrumentation, with soaring flights from bansuri maestro Manose, plus an original composition from Deva for the Seven Chakra Gayatri.

From the time Deva Premal was still in her mother’s womb, Deva’s father chanted the Gayatri Mantra each night as a lullaby for his daughter in their native Germany. Self-taught in Sanskrit, he even created a handwritten Sanskrit-German dictionary.

Hearing the chant again in England at a music festival in the ’90s for the first time since her childhood, Deva overcame shyness and stepped out from the shadows, transitioning from early background vocal work to emerging as one of the world’s most enduring and beloved devotional singers, with sales of nearly two million albums over her 20-year career.

Her signature track on her 1996 debut The Essence, the Gayatri Mantra, once again ushers Deva Premal into the light on DEVA — this time as a composer as well as a solo artist, with the ancient chant framed like a gem by Deva’s original composition.

In Sanskrit, deva means “divine,” and this transcendent collection of healing, therapeutic mantras reveals the sublime dimensions of Deva Premal’s distinctive, entrancing voice and matured musical expression, two decades on from the beginning of her remarkable career.

DEVA marks an auspicious, beautiful milestone on the path of an artist whose time for recognition has arrived. 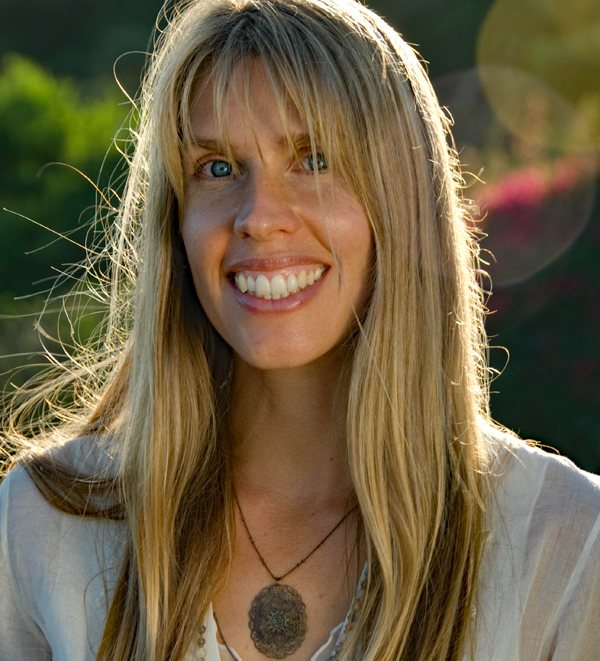 The Seven Chakra Gayatri Mantra is a prayer for the enlightenment of all beings that illuminates the seven chakras and blesses the seven realms, from the earth plane to the abode of supreme truth.

Meditating upon the adorable, enchanting and radiant source of all things (spheres of consciousness), we awaken to the divine light of pure consciousness.